Student Debt: What  NOT to do to Pay it Off 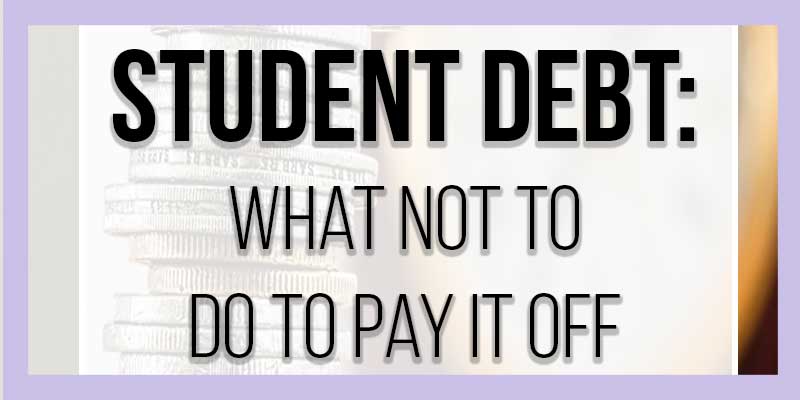 Are you in debt? Do you have a campus job? So then that means you’ve been using your campus job to mitigate that debt, right?

It astounds me how so many of my friends have yet to start paying off their debt. Yes, I understand school comes first, but debt is the only thing I know that can outlast life. It’s actually a goal of mine to get out of debt before I graduate because I don’t want to be injected into the working world with debt on my shoulders. I want to start living when I get out of college. And not owing.

And I’m doing this by making payments while I’m still in school. I work online as a freelance writer (ABOUT ME page) for businesses while having a few jobs on campus. I set up a monthly plan of how much money I should be paying in order to graduate debt free, and I make it work.

But so many other people don’t even think about debt or how they’re going to pay it off. They’re blindly going through the motions of every typical American: going to school and being in debt for countless years.

“Oh it’s just another bill,” you may say. But bills ADD UP.

Do you really want to live a life where the majority of your paycheck is going to bills?

In America, bills are inevitable. Gas, rent, water, mortgage—you need all that. But student debt bill? It’s definitely common but it’s not as inevitable. Here’s what not to do when you’re a college student in debt:

You should have contacted and logged in to your loan provider’s website by now. From there, you can view your balance. Before I started college, I illustrated my student loan balance in vivid colors, kinda like an aesthetically pleasing reminder

Back then, I was $11k in debt, paid a LOT of to get to 6k, and unfortunately took out a few more loans.

After creating the poster of my debt, I also created a plan for it. I used an online student loan calculator like this one and learned that in order to pay off my student loans before I graduate, I had to pay $350 a month. And so with freelance writing, I am doing just that.

This leads me to my next point.

3. Don’t have a plan to pay off student debt

Some people are okay with student loans because they assume they will have enough of an income to make monthly payments after they have finished college.  That was their…plan.

And hey, some people go through with it. They strive to become the 6-figure-salary worker and pay off their debt within a few decades.

Others, however, have a change of heart. They realize their calling or have been weeded out from what they thought was their passion.

Related: Why I’m not majoring in my passion.

So if that happens to you, then what? Do you really want to wait and bank on your future career when you could be paying off your interest rates now?

When I was 12k in debt, I didn’t have much money, but I did have a campus job. Instead of spending my earnings on clothes, hair, and overpriced textbooks at the bookstore, I spent it on more important things: like paying off my debt.

I didn’t make a lot, and I still wanted extra money left over just for emergencies, so I ended up only paying only $30 a month.

I’ve actually been to a club. Different experience…and I refuse to elaborate on that.

But, the main reason I went is because it was free.

However, when you’re in college, you won’t always see this luxury. And you know what I’d do if I didn’t?

Sit my happy self down.

Sure, it’s not expensive. Most times it’s about $5 to go downtown and have fun, but those $5 can add up if you think about it.  Plus entertainment like the club needs to be free. House parties are free, and you’re pretty much doing the same thing minus the creepy men.

5. Live the same way you normally do

Obviously you shouldn’t be spending as much as you normally would. Figure out where you’re spending the most of your money. If you don’t already, make shopping lists before you head to the store so that you know what you’re there for. And make a budget.

Being in debt sucks. Of course some people think it’s worth it and it’s not a big deal, but the idea of owing someone for a majority of my life scares me. I hate how college is so expensive, but I’m glad I found ways to be responsible and pay off my debt.

How are you handling your student debt? 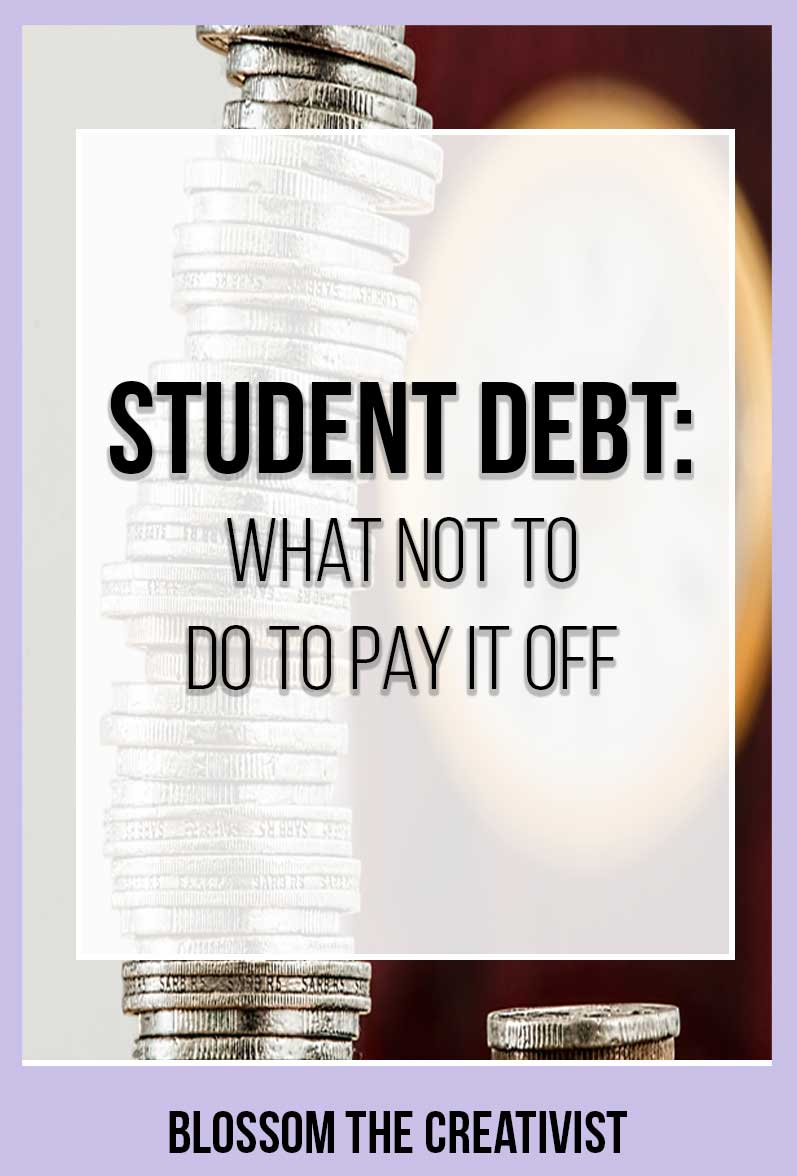 ← Prev: Wanna Make Time for the Gym this Semester? Do These 5 Things Next: 5 Signs You're Doing Too Much →