Being Juliette: My Forbidden Relationship 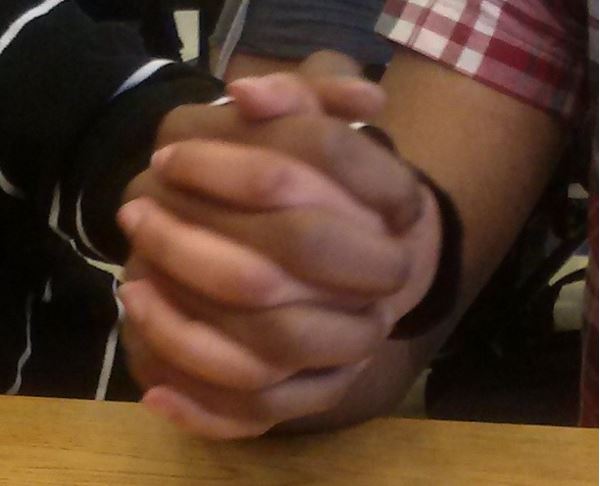 I’m the most cliché person in the world. Writing about my 2-year relationship on this commercialized day of money, sex, and chocolate. But how else would I get you to read it, right?

Two years ago, I would never see myself infatuated. High school relationships don’t last. I don’t want sex. Boys are distracting. The laundry list of why I had no interest in dating goes on and on. Truth be told, I really was afraid of being the butt of my own jokes. I’d hear about a certain relationship, dismiss it because it probably wouldn’t have lasted, and then sip my tea when news came out that another couple failed to keep it together. You know how people say that they don’t want to be another number or a statistic? I guess that was me back in high school. Although, I never understood that. You could be counted as one of the people who didn’t break up, and that still counts as a number. Aren’t we all statistics in ways? Digression.

It began in a computer class I really didn’t want to take because the majority of the class smelled like slackers. He, with the help of his slacker friend, walked up to me one day and confessed his feelings for me.

I told him I was flattered.

What else do you say when you don’t feel the same way, guys? I know it’s corny, but cut me some slack.

I also noticed that he chewed reaaallllyy fast.

Fast-forward to upperclassmen-ship junior year, and we have the same lunch. He sees me in line (the lines which welcome millions of skippers) and he has the courage to sit with me and my nerdy friends. Even though I didn’t like him, I still made sure I didn’t eat as ruthlessly (because lunch was my favorite subject and I love food).  But I still was a ravenous slob.

But I remember this one day I was waiting after school for my ride and he sat with me…I think on a bench. And we were just talking and then all of a sudden he made this voice. This high-pitched, mocking voice that came out of nowhere. His original voice wasn’t that deep but it was funny to hear such a huge jump in pitch effortlessly. And, well, it made me actually laugh.

I was always happy to see him at the lunch table from then on. Made sure I was a tad bit more presentable, checking my face in my phone’s reflection whenever I could steal a minute away from his eyes. Don’t know whether he got my number first or started walking me to class first, but just know it happened. Added me on facebook one day and said something reaalllly stupid:

In 2013 (I swam down my Facebook timeline to find this), he commented on one of my videos I made on facebook. One of my friends alleged that he was flirting. And he responded with a song by Gucci Mane entitled : B*tch I Might Be. He knew I loved Gucci Mane’s music because all of it was a joke. And the way he just stacked a joke on top of a joke was perfection. So perfect, I picked up my phone and called him for the first time. We were ordinary texters before, but I had to just get out all the giggles with that phone call. And phone calling just made everything more sentimental.

Eventually we started dating. Only Lord knows when, though, because we kinda just fell into it. He didn’t ask me out or anything. I just knew that after a while, it was pretty obvious we were more than friends.

And it’s sad because my friends really didn’t agree. He didn’t have the best grades, I was in prestigious AP classes getting mainly A’s. He was “a slacker” and I was a perfectionist. And then he was black.

I mean I’m black too, but my Nigerian parents think otherwise.

Along the line of relationship, there was a time he and one of my best guy friends bumped heads. Then he stormed into his class one day and all my friends were telling me he was so controlling. There was another encounter with the two guys. I actually witnessed it this time, and boy did I feel uncomfortable.

Our relationship wasn’t perfect. I had never gotten into a relationship before so I made noobish mistakes. Relationships were just too much work sometimes! Gotta call him, text him, and make sure I’m not spending too much time with a guy that’s not him. Ugh. So many rules!!

And we would fight and fight. Most of the times it would just be my fault. I remember one time I had left him waiting for me after school and I ended up going home. I had tried contacting him, but I guess something didn’t go through.

And sometimes it was his fault! He’d be insensitive, he’d miss the point, he’d get jealous.

We had a few disagreements every now and then. Curse words were said. Tears were shed.

And on top of that, I was hiding it from everyone. My parents don’t want me dating anyone that’s not Nigerian. Heck, they don’t want me dating until I finish school really. Sure, my boyfriend and I would fight, but I’d fight harder to keep this relationship when speaking about it with my parents. Of course, they didn’t know I was dating, but every time we started talking about boys, I would assert my opinion on how not all black people will get me pregnant at a young age and leave their child. Not all of them are killers or idiots. Not all of them will make me fail all my classes and drop out. I tried my best to try and crack some knowledge on my revoltingly-traditional parents who would lash out on me for wanting to go the movies or go anywhere by myself or with a boy (don’t even get me started on Prom night).

So on top of fights, on top of one of my best friends not getting along with him, on top of me never being able to see him because my parents were super overprotective, you would think that we wouldn’t last. We would be yet “another statistic.”

But 2 years later and we’ve still got each other’s back.  We still motivate each other and build each other up. He’s taught me Photoshop, Sony Vegas, and Audition (which I hate) three necessities for my career in the entertainment industry. And I’m pretty sure I taught him a few things too. He said he’d probably try rapping if it weren’t for me. Probably would have never graduated either.

My relationship is weird. We barely have anything in common. My friends, deep down, I know they probably don’t care for him too much. My siblings think I can do better. My parents don’t know about him, but if they did I know that it wouldn’t be pretty.

One thing I know for certain we have in common is our passion. We’re passionate for things we want to do. Degree or not, we’re passionate in making our dreams come true. And we’re kinda already in the process of doing so.

We don’t value grades or money or social standing. We value our driving force of passion.

And then of course, he makes me laugh.

How to Have a Healthy Relationship

Want to know how we’ve been together for “so long”? These are a few things I’ve learned on these adventurous two years.

Every encounter I have with someone who broke up with their boyfriend/girlfriend, I ask how the breakup happened to learn more and to try and prevent that in my own relationship. Long distance, cheating, awkwardness, being too busy/lack of communication, bad kisser, sex, overprotectiveness. I try to learn from other people’s mistakes as well as my own.

Will we ever break up? Will I just throw away everything we’ve had, find a Nigerian man, or ride solo? I don’t know what the future holds for us.

But I do know one thing. There will be a future.

← Prev: 8 Reasons People Don't Like College Next: Are You a Vegetarian? →